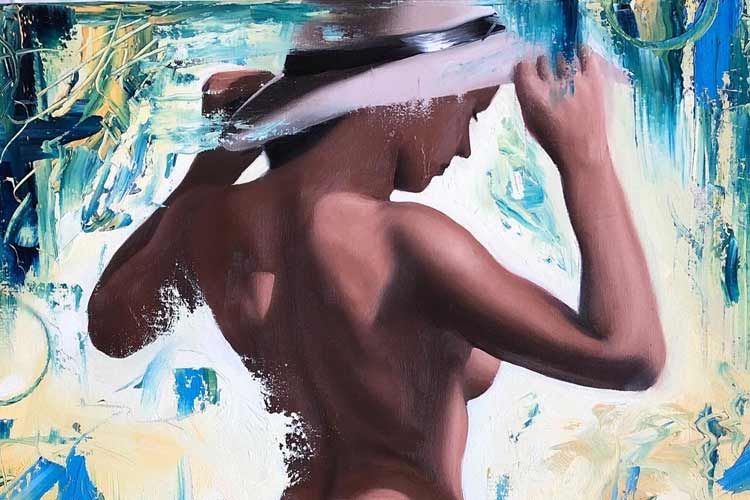 Who do we talk to when we look at a crafted image on a worn-out canvas? Is it the art that speaks or the artist that takes sanctuary in the brush strokes? The universe rarely seems to discriminate between the two, and often they entangle in a curiously subtle dance. When James flicks a stratum of colour across a white corrugated surface, he hardly assembleshis being into the thoughts a bystander would have by looking at his art. Instead, he focuses on humanizing his portraits: He paints in the grey area of abstract and figurative style.

In James’s art, you will see the stark anatomy of an unsung woman celebrated to its fullest. He feels that the female form is an emblem of power and strength. While he befriends carbons in his oil paints, he flirts with the human lying unadorned on his slate. James selected the human form because it syphons wilderness, and his art slit opens the gushing blood out the sharp diversity it harbours. His interest & understanding stems from a plethora of workshops & lessons. He explored portraiture at the Angel Academy of Art in Florence, where Micheal John Angel himself mentored him. His drawing lessons took a flight in Andres Joraslavsky’s studio, though he is currently aiming for a BA(Hons) degree in Fine Art. His work is currently on display at King house Art Gallery in Stratford-upon-Haven. ~ James Rocke Art 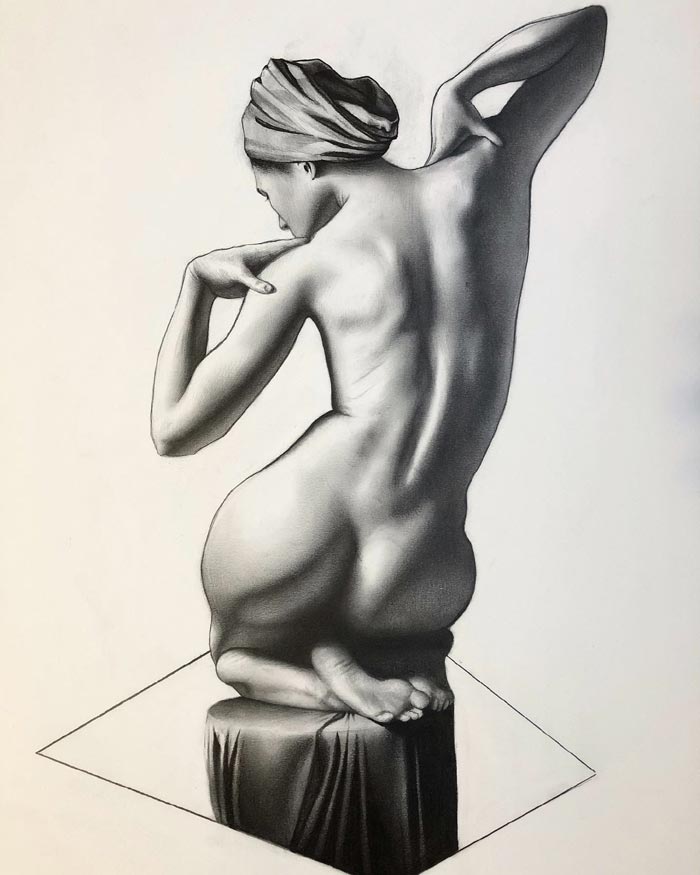 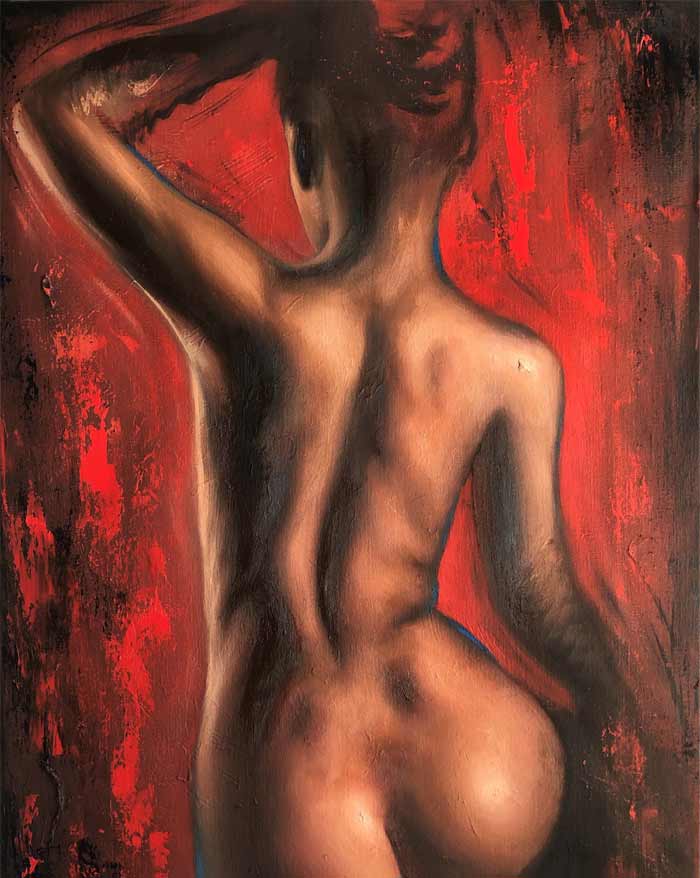 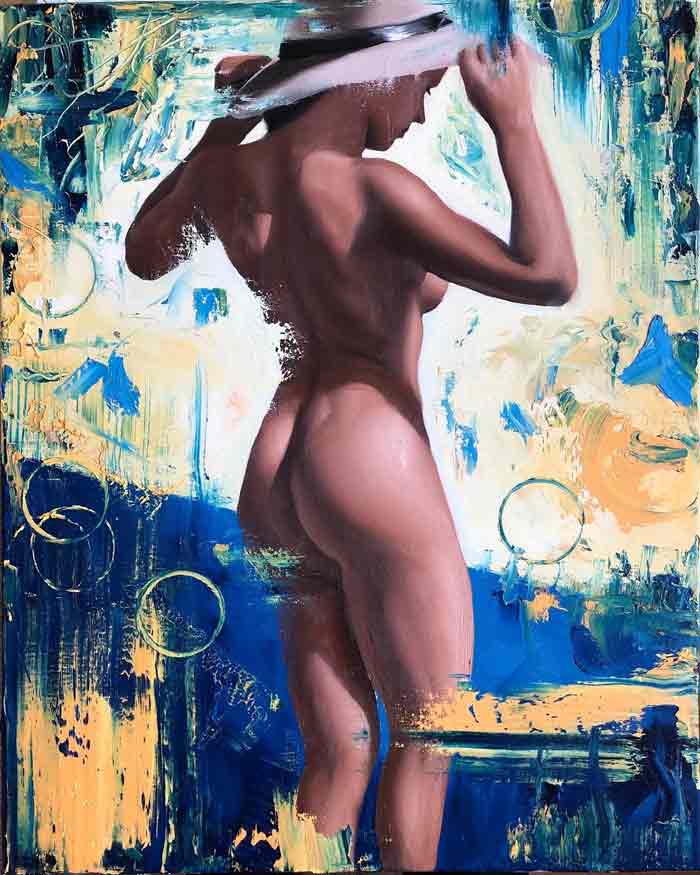 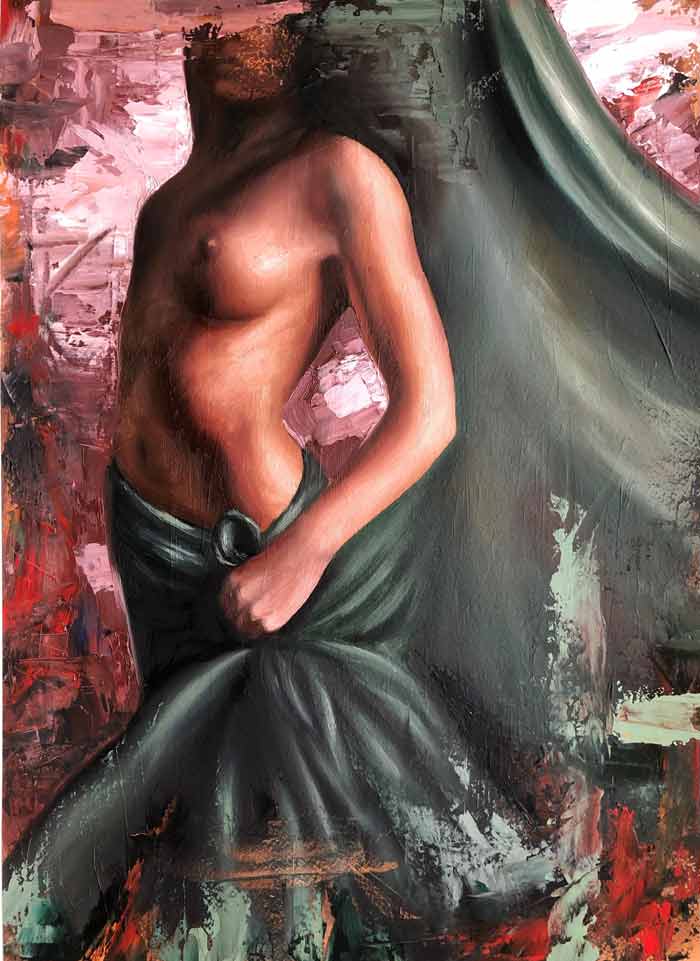