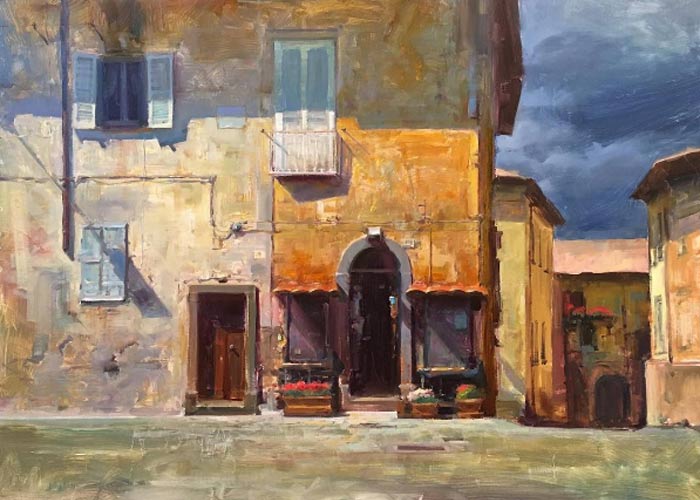 An accomplished painter, lecturer, inventor, and world traveler, Bryan Mark Taylor is a true Renaissance man. He has painted professionally for over 20 years. During the 14 years he and his family lived in the San Francisco Bay Area, he also taught workshops for Pixar and other creative organizations and was a professor in the Master’s Program at the Academy of Art University. In addition to his artistic talents, Taylor is also a savvy entrepreneur. He has co-founded a premier online art education website Sentientacadmey.com. Additionally, he invented the STRADA Easel, a best-selling premium brand travel easel sold around the world. “It’s lightweight, portable and indestructible,” he explains. “You can pop it in a backpack and go anywhere. I can easily travel with my gear to paint the alleyways of Europe, the Mayan ruins of the Yucatan Peninsula, and even the Great Wall of China.”

It is through these travels that Taylor finds his artistic inspiration in such diverse locations as Italy, France, Cuba, Mexico, Slovenia, and China. His focus is capturing the vanishing landscapes of the past and highlighting the technologically advanced cities taking their places. His pieces have been featured in numerous art magazines, are shown in museums across the country, and are part of private collections around the world.

Taylor paints en Plein Air, a French term for out of doors. He is the recipient of numerous awards at the nation’s most prestigious outdoor painting invitationals. While on location, he works to quickly capture the light, location, and activity of a particular moment in time. He is often inspired by the scenery outside his home in Alpine, Utah. He enjoys painting old barns and orchards and recording those pieces of history while they still exist. He recognizes the benefits that come with modernization but laments a loss of the nostalgic past. “The old brick and mortar buildings are being replaced by cheaper products that don’t have the same beauty or charm. These changes are happening here and all over the world,” Taylor says.

As Cuba has become more accessible to US tourism and business growth, Taylor felt the urgency of recording the country’s essence before rapid socio-economic and political changes occurred. At the time of his trip, these changes had not yet occurred, and he noted, “The country looks as if it has been frozen in time since the 1950s. I feel like I’m painting period pieces there.”

In his travels to China, Taylor’s work documents the colorful charm of the fishing communities in the southern part of the country before the boats become subject to government-mandated removal. He feels that in painting an old Chinese junk boat, for example, it is a representation or portrait of those whose lives are spent on the boat. “These paintings are often a truer portrayal of an individual or group than if I were to paint an actual portrait of them,” Taylor says. “In China, they are moving away from the old ways and are going full speed ahead with modernism,” Taylor notes, “it is important to preserve these images before they are gone.” ~ Bryan Mark Taylor 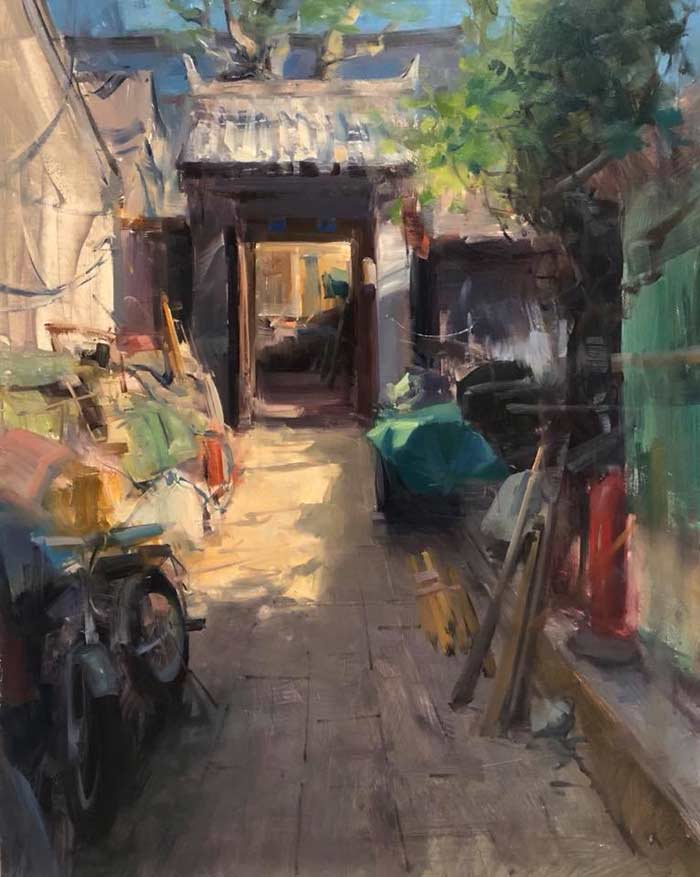 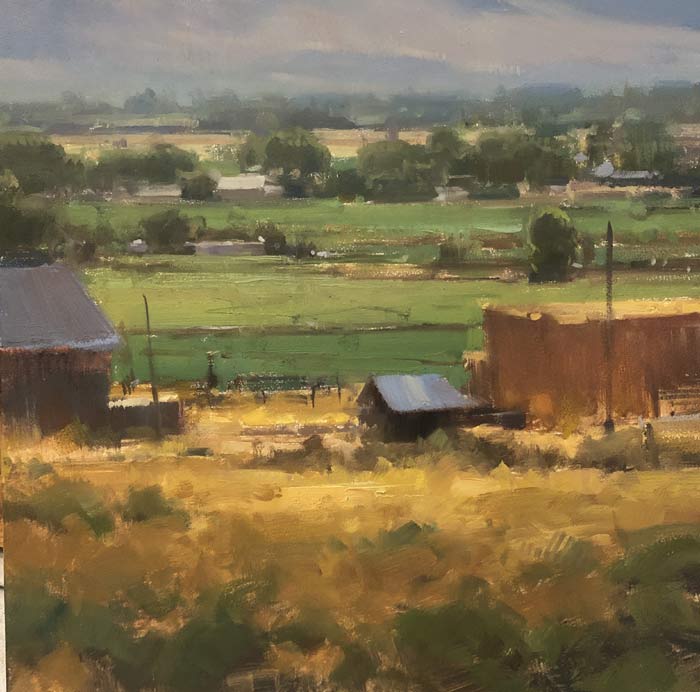 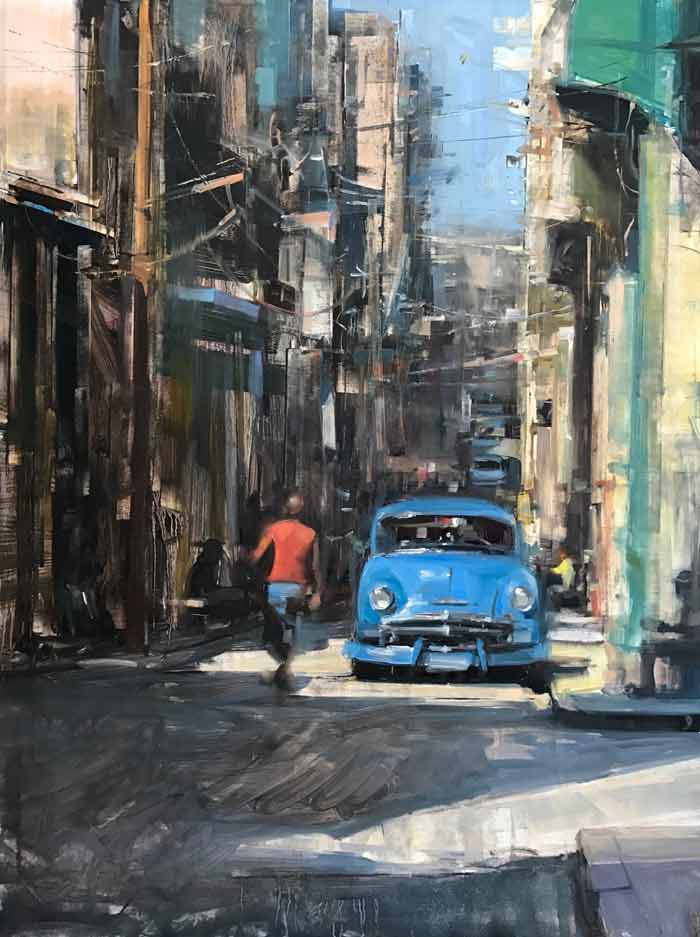 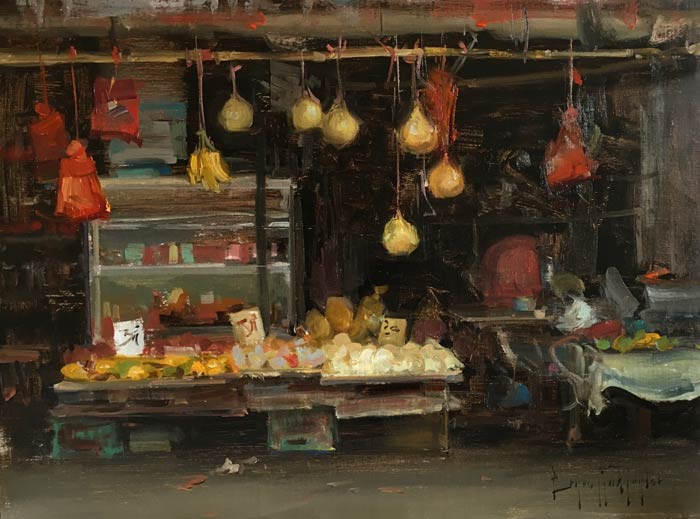 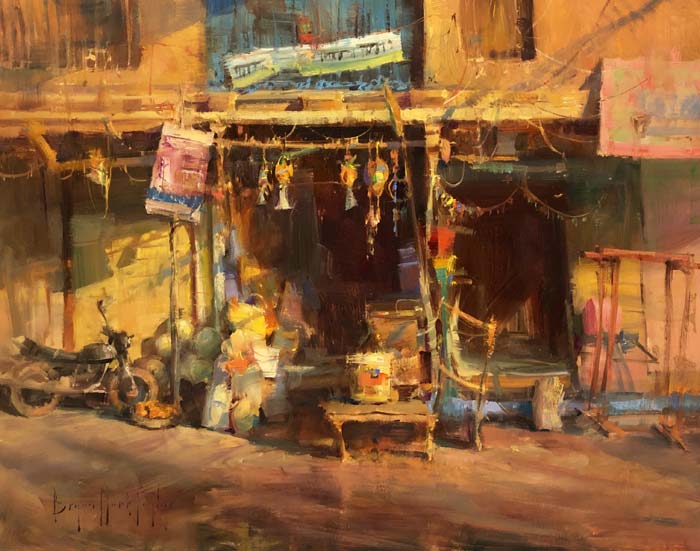 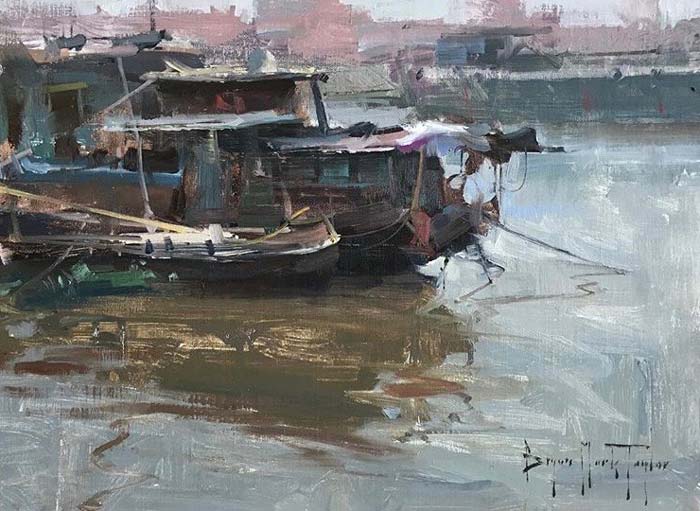 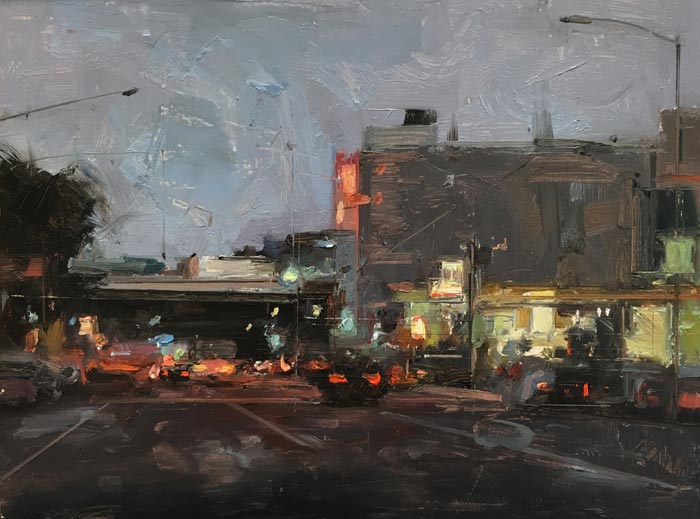 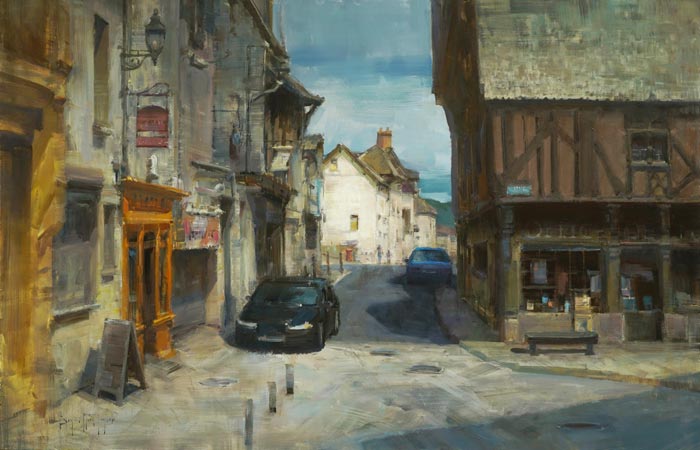 Incredible paintings  “Village of the Loire Valley” Oil on Linen, It’s a 24″x36″