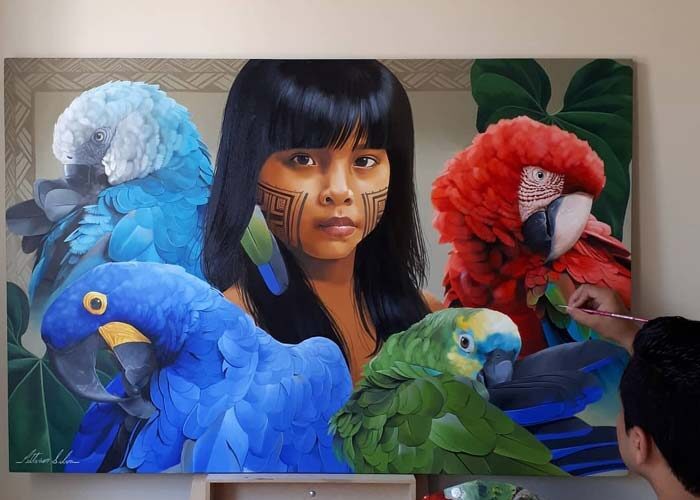 Petterson Silva was born in Mato Grosso, Brazil. A young virtuoso, who went to Centro Universitário Belas Artes de São Paulo, Silva started to show an early talent since he was five years old when in preschool he discovered guache paint. By ten Silva had created his first impressive Macaw. To understand the feeling and beauty of this artist’s scenes on canvas one must understand a little about his land and childhood. Petterson was a child that grew up in total communion with nature, he played barefoot through the lush vegetation and frequently went swimming in the Red River, always in close contact with the regional Indians and birds. Silva’s first inspiration was his grandfather, a professional house painter who painted Walt Disney characters on plywood boards spreading them everywhere in the walls together with comic books he would often bring to the house. ~ Petterson Silva

As a child Petterson’s interest and admiration was for the great bCandido Portinari whom he studied in depth in his early adolescence eventually transitioning into studying the great Italian masters Tiziano Vecellio, painter of the Renaissance and Caravaggio of the Baroque, whose artworks inspired and enchanted him. Petterson claims that his great admiration for the intense light and shadow in the paintings by these masters greatly influenced the development of his technique in his own paintings. 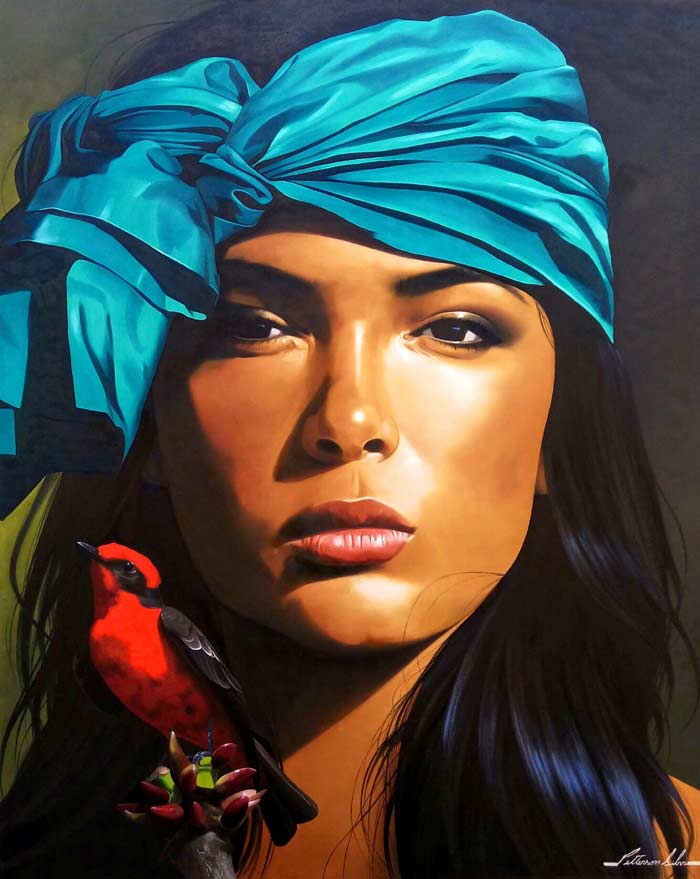 With hyper realistic strokes, the artist says he feels he has not yet achieved the expected results he strives for, but continues to pursue perfection daily. Petterson Silva is passionate when it comes to his eye for detail, working diligently on achieving the right shade of each species featured in his work and also expressing the intense colors and natural beauty of his home. 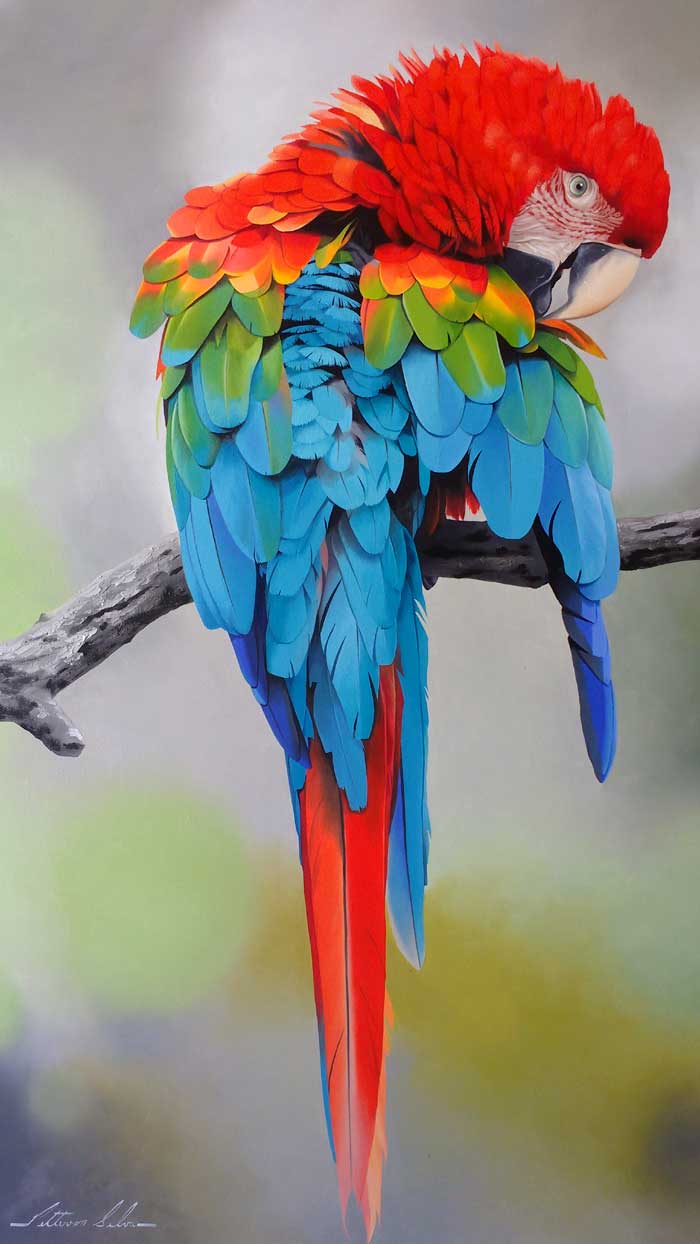 Peterson Silva is na award winning artist receiving First Place in the Art Salon of Corumba in 2009, First Place in the Brazilian Art Salon in Liechtenstein in 2016 and won the Giulio Cesare Award in Rome in 2018 When asked about his passion for each one of his creations, Petterson expresses fascination, pleasure and enthusiasm in his love to paint and beautify God’s creations. 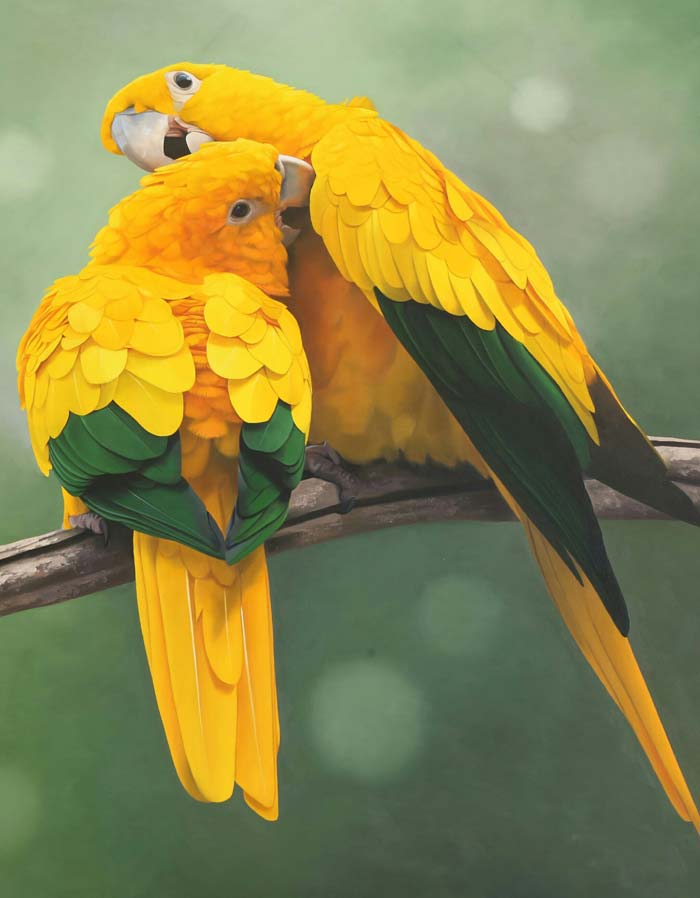 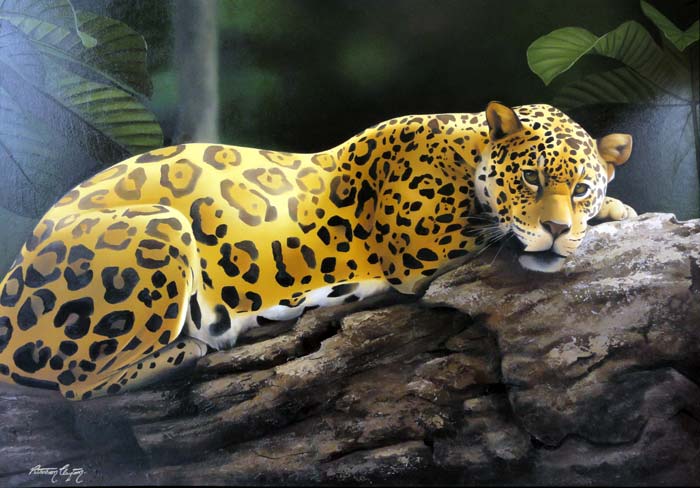 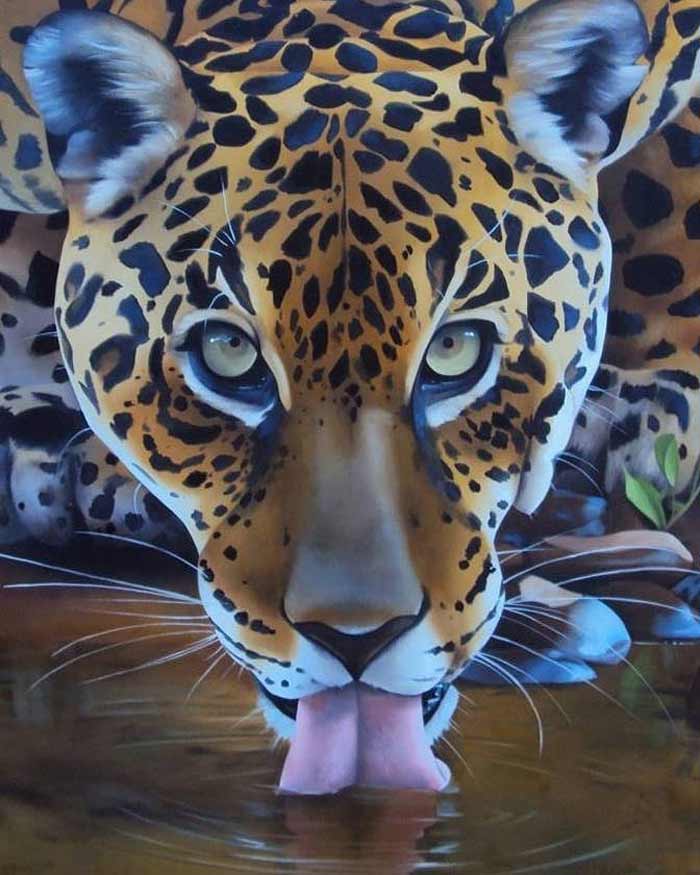 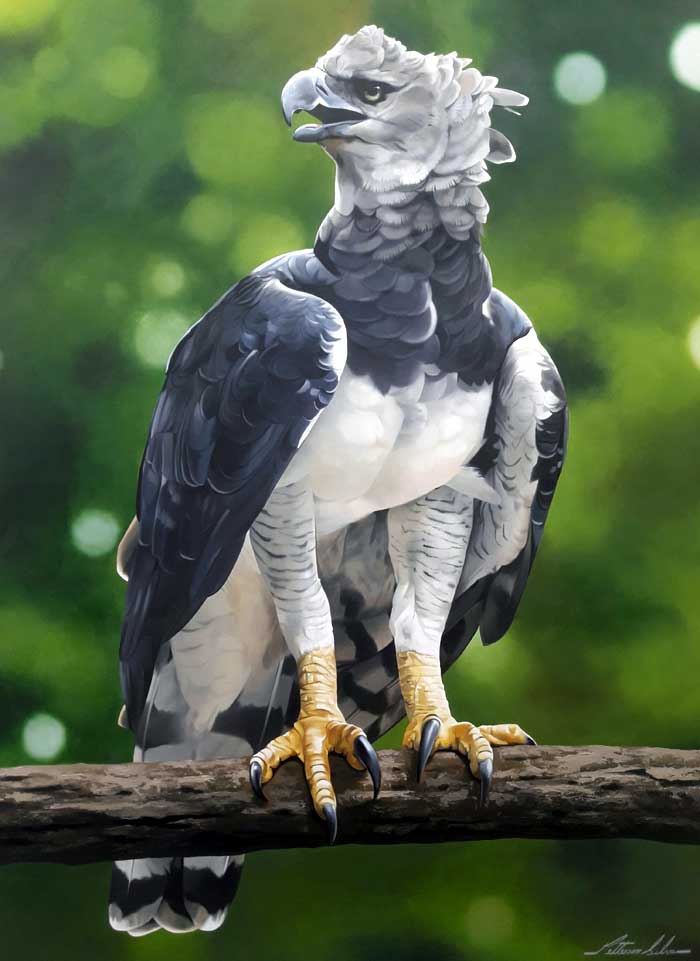 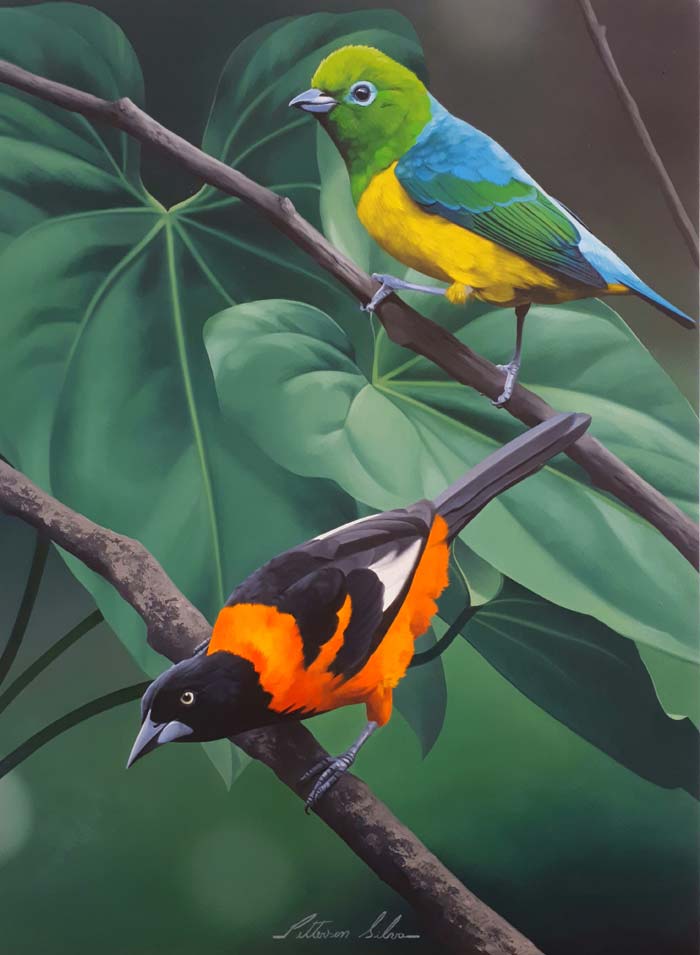 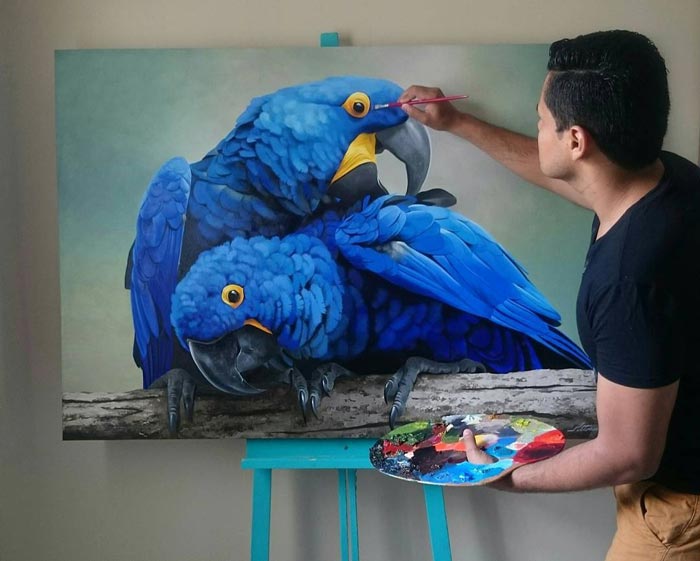 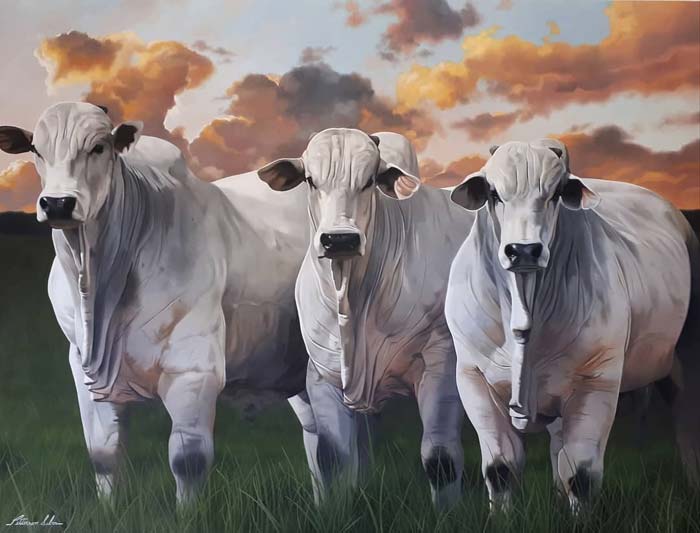 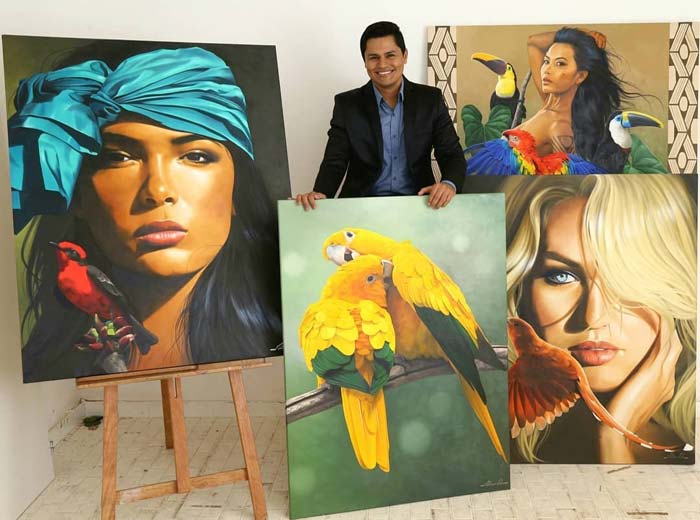 “In each painting I seek a harmonic and striking composition!
I am a Christian and very grateful to God for this artistic talent.
To paint for me is to express gratitude for having precise and perfect movements in the hands, to reverence the creator for life and for so many splendid species.”