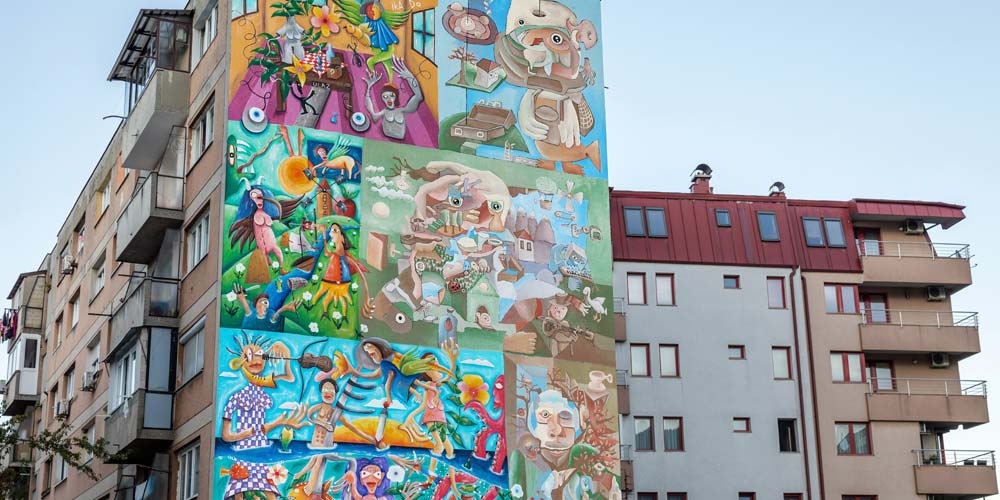 My art is my guide in my search for the meaning of life and the truth that drives me along this path.
I look at life through art, and art through life. My creative process is intuitive, often without any preconceived plan. Love, fear, spirituality, empathy are the basic drivers of my creative process. I express myself daily, and my work is always the result of my introspection, which takes place on both conscious and subconscious levels. Wassily Kandinsky, in his book On the Spiritual in Art, says, “Every artist is a child of his time, and his art is the mother of his feelings.” In my case, only this second part is true, while the first could be debated. When someone transmits information and connects it into logical structures, he does so within the limits of the emotional-spiritual layer, or, to put it more simply – we recognize the world first with feelings, and only then with thoughts. Such is my art. It speaks to the observer through emotions and energy primarily/ My artistic influences go from Bosch to Piccaso, From to Kandinsky to IvanGeneralic. I let myself explore the world Of the unknown in my quest for the answers. Those answers are later conveyed Into shapes and colors on my canvas, giving them materialization and meaning. Intellectually, my thoughts and my artistic process are influenced by Friedrich Nietche and Carl Gistav Jing. ~ @rikardodruskic_art 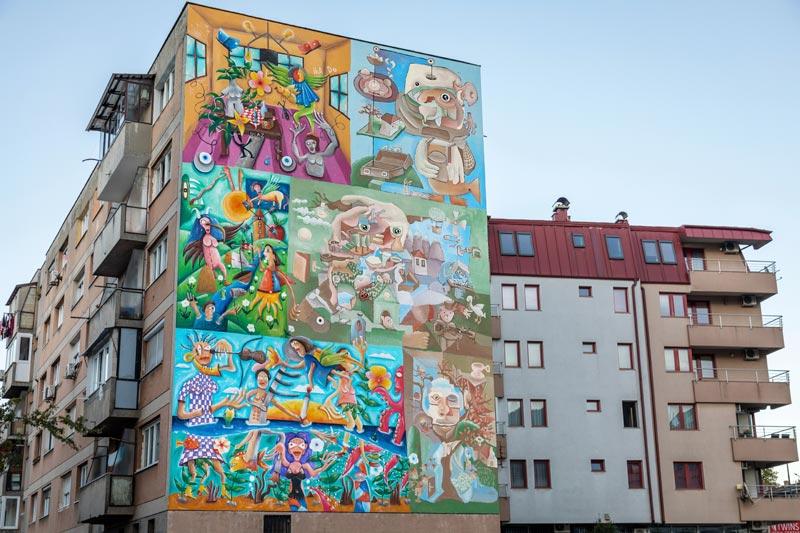 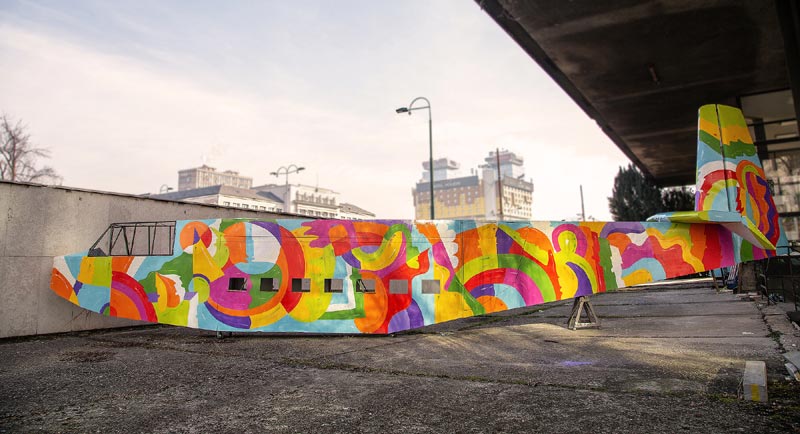 Exhibited at History Museum of Bosnia&Herzegovina 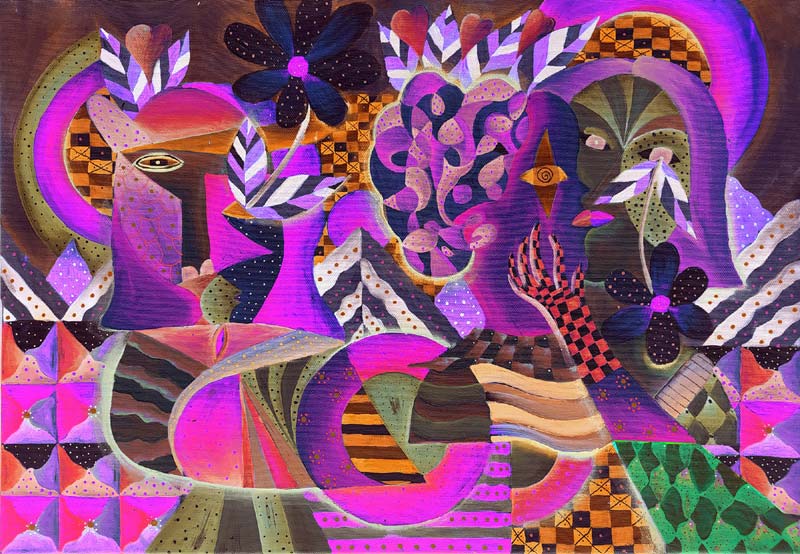 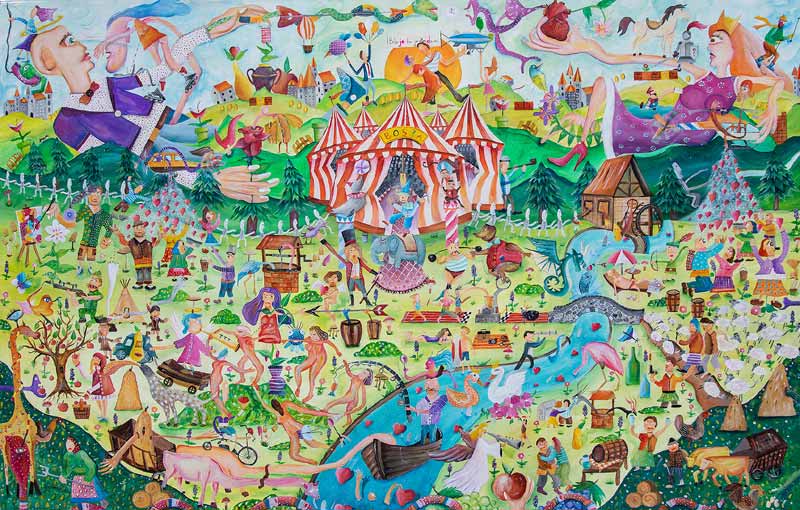 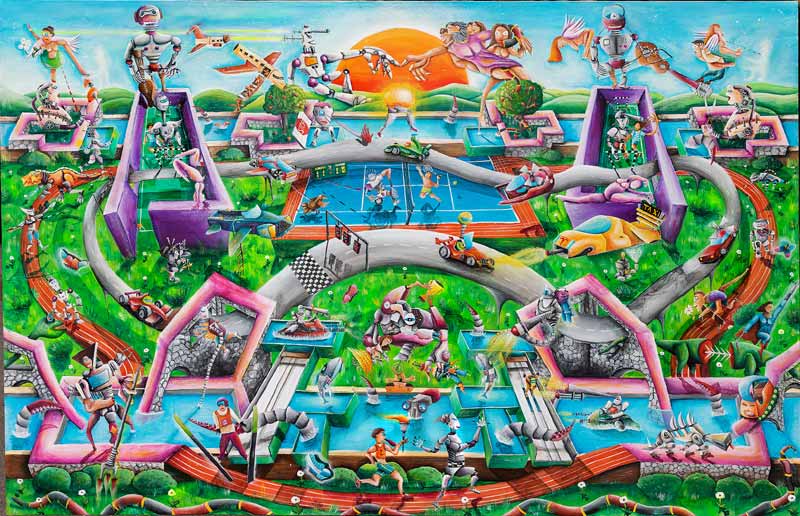 Mundus Novus 1.01 : On the upper central part is the main idea from which I started my work. It is a homage to Michelangelo’s work “The Creation of Adam”. This work is a fresco that forms part of the ceiling of the Sistine Chapel, painted c. 1508–1512. It illustrates the biblical story of creation from the Book of Genesis in which God gives life to Adam, the first man. I replaced Adam with a robot, thus setting a central theme: “The Coming of Artificial Intelligence,” and then asking a question; What is its role and what are the potential outcomes of the automation process? In the paper itself, the answers are illustrated through various character interactions; robots and humans. The title of the paper says that the world as we know it will soon be gone. One of its main messages is the necessity of preparing humanity for the technological revolution! 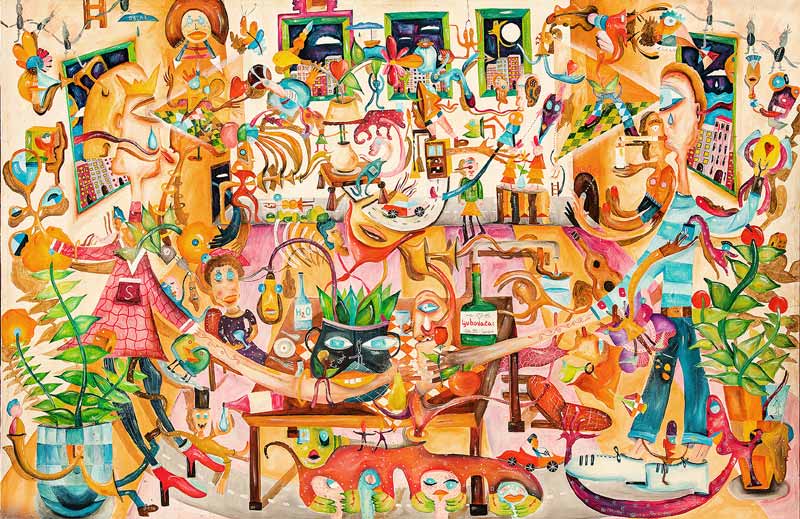 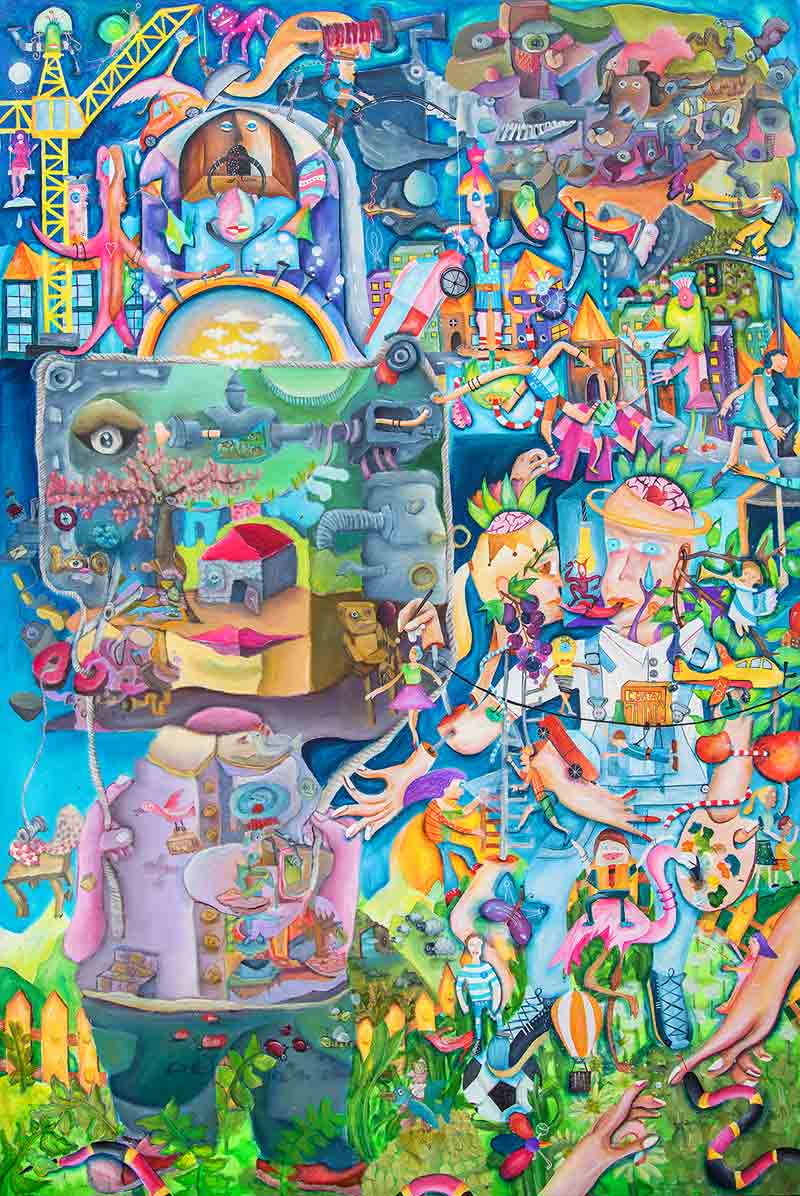 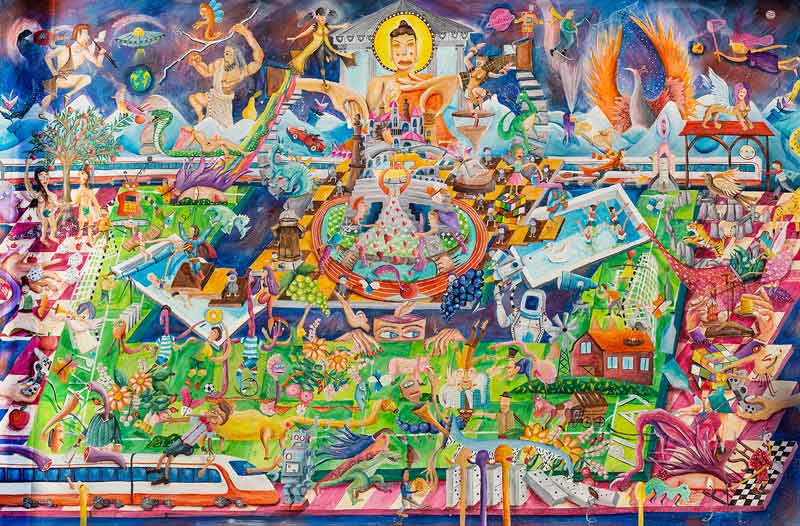 While meditating, the Buddha sailed the cosmos and imagined a world where people love each other 2021 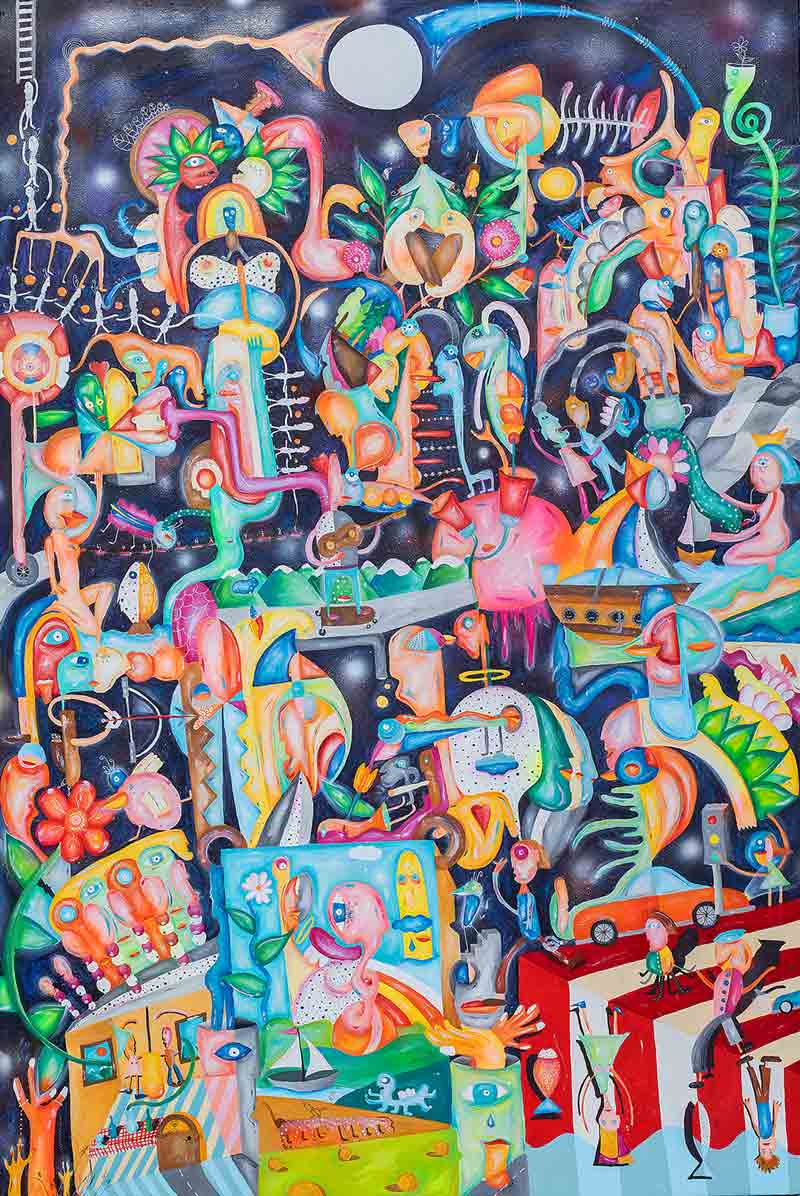