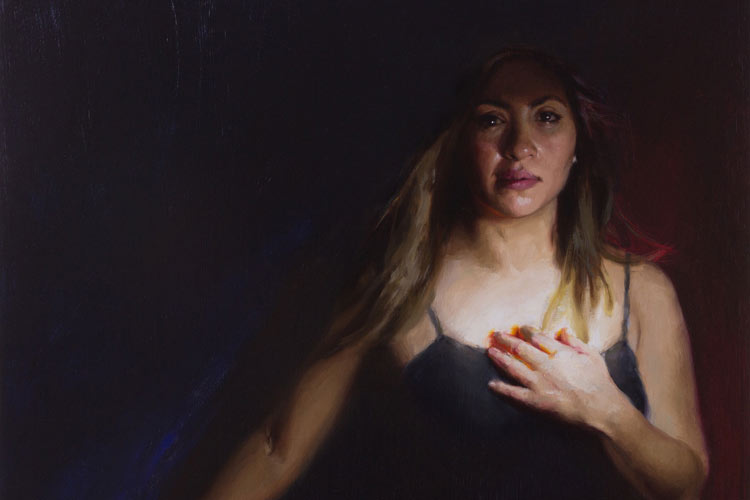 Terry is an American artist, born and living in the Southern states. She had a career as an illustrator and graphic designer, but in 2005 changed her focus to full-time fine art painting.

Since then, Terry’s work has been shown extensively throughout the United States. Her paintings have appeared in many prestigious magazines, such as The Huffington Post, International Artist, and Fine Art Connoisseur. The Incognito Project, a book of her award winning paintings, was published in 2010. Terry was a speaker at TEDx Birmingham in 2016.

Terry teaches and inspires oil painting students online through Terry Strickland Art on Patreon, throughout the Southern US, and at the Florence Studio in Florence, Italy. Her work is available online through Artsy, 33 Contemporary in Chicago, IL, and Abend Gallery in Denver, CO. 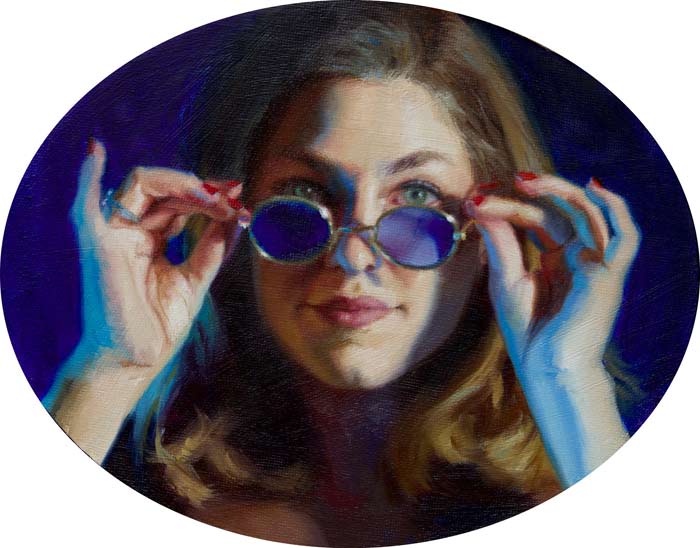 I’m fascinated with people and their faces. Yes, I’m a figurative realist oil painter, but I’m mostly a storyteller. I’m never content to capture merely a likeness. After all, aren’t we more than our surface alone?

Not only do I like to paint individual model’s narratives, but I use my own life experiences to reveal something about our shared humanity. These are universal themes recognizable to people from all cultures.

I find inspiration in my life experiences, from across cultures, and in various art media. It could be lyrics from a song, literary works, comics, movies, and costumes. I find my work is frequently playful and poignant as I notice recurring themes of love, hope, equality, and empathy. ~ Terry Strickland 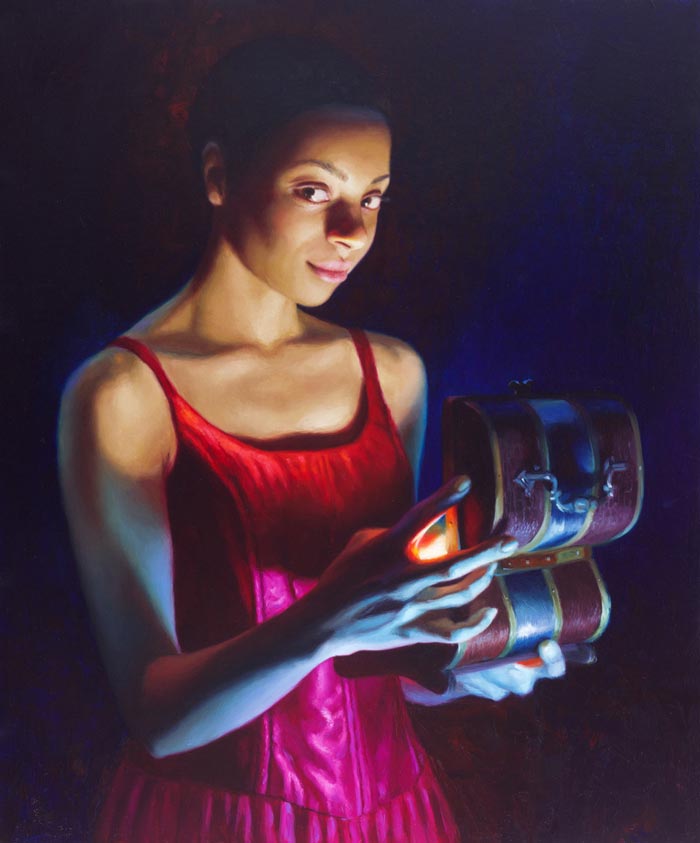 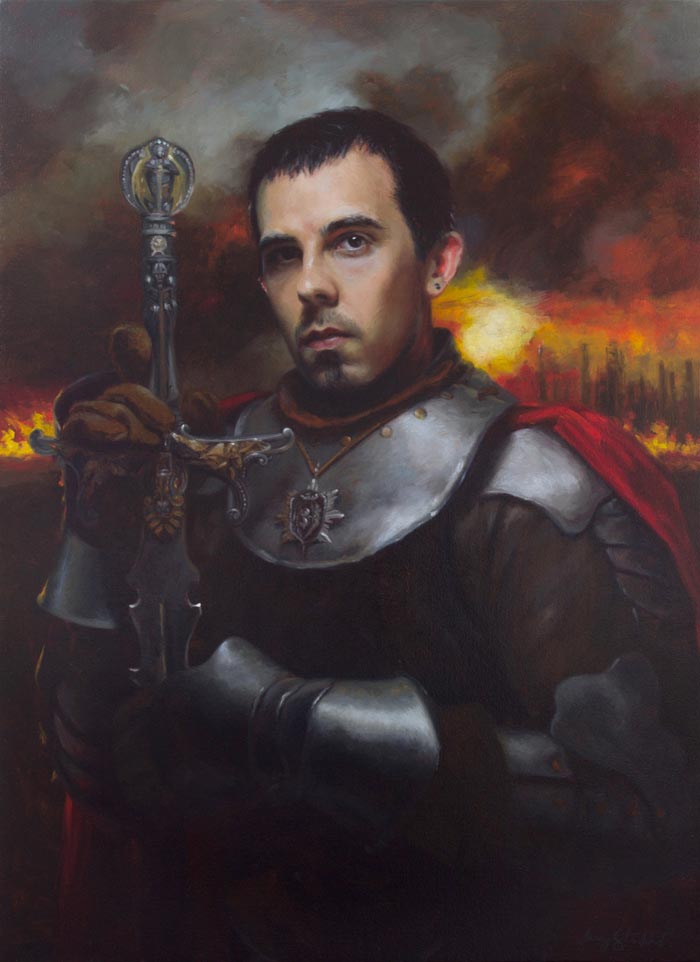 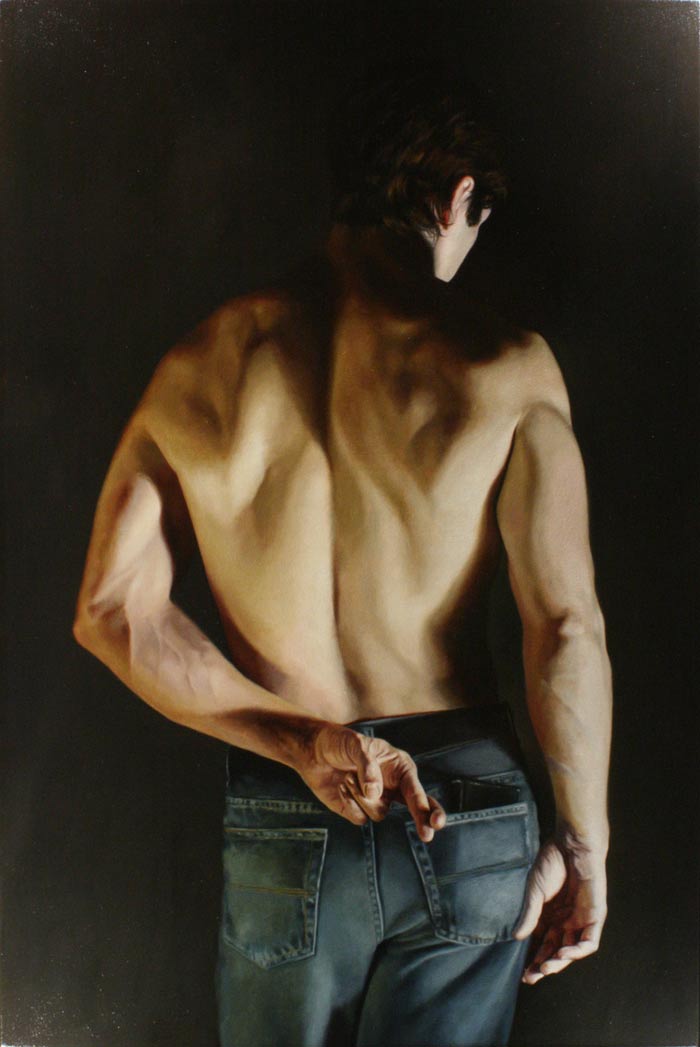 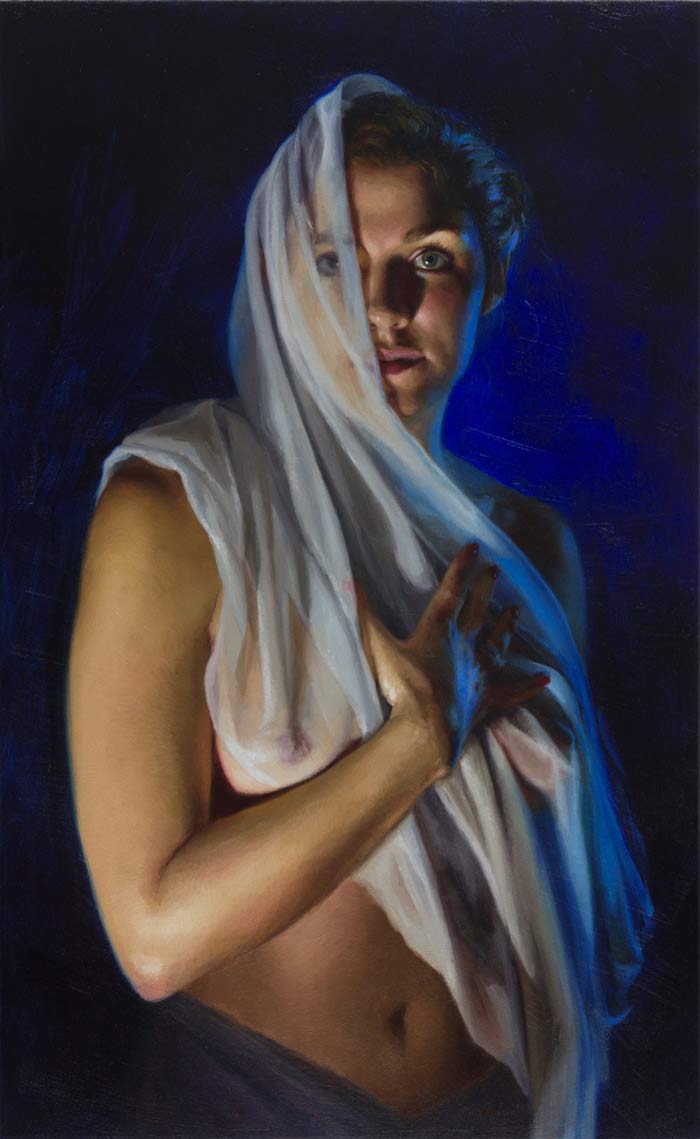 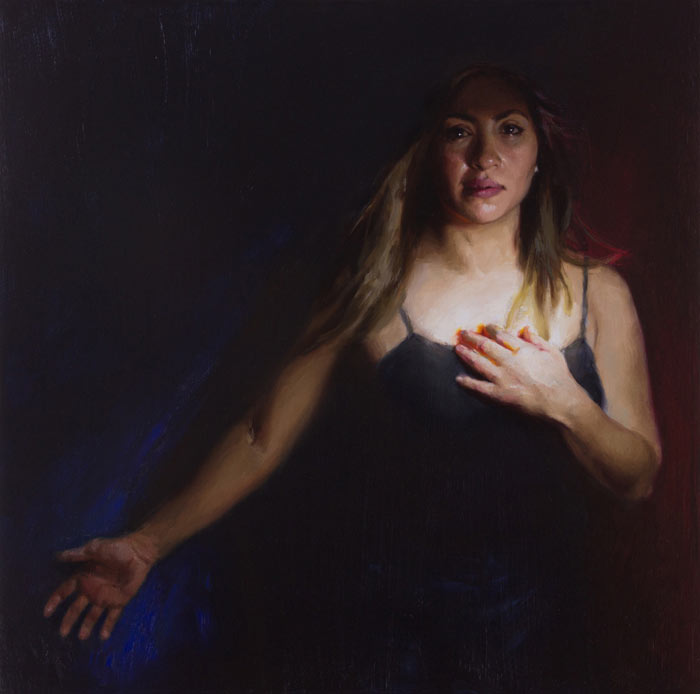 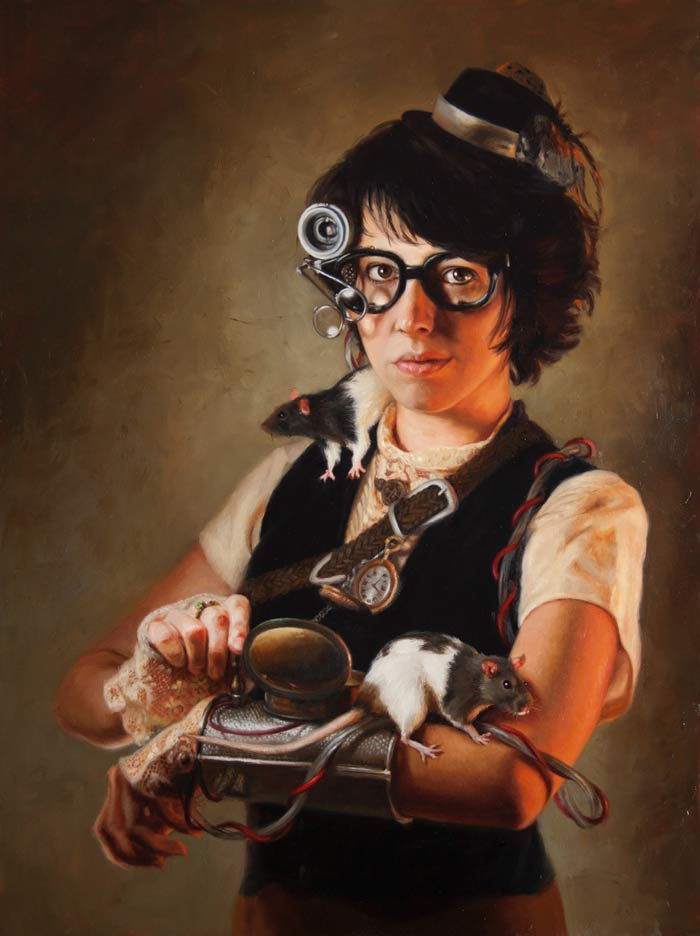 Professor Rattus And Her Royal Court Oil on panel 24×18 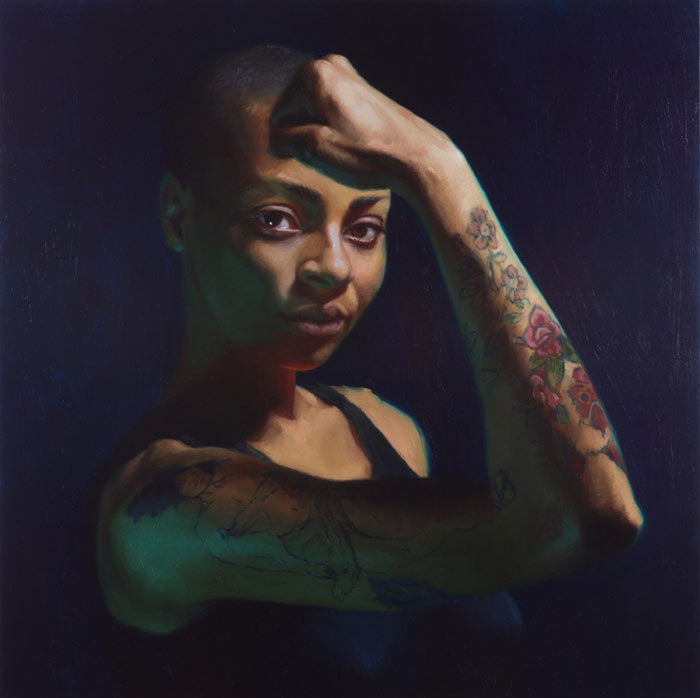 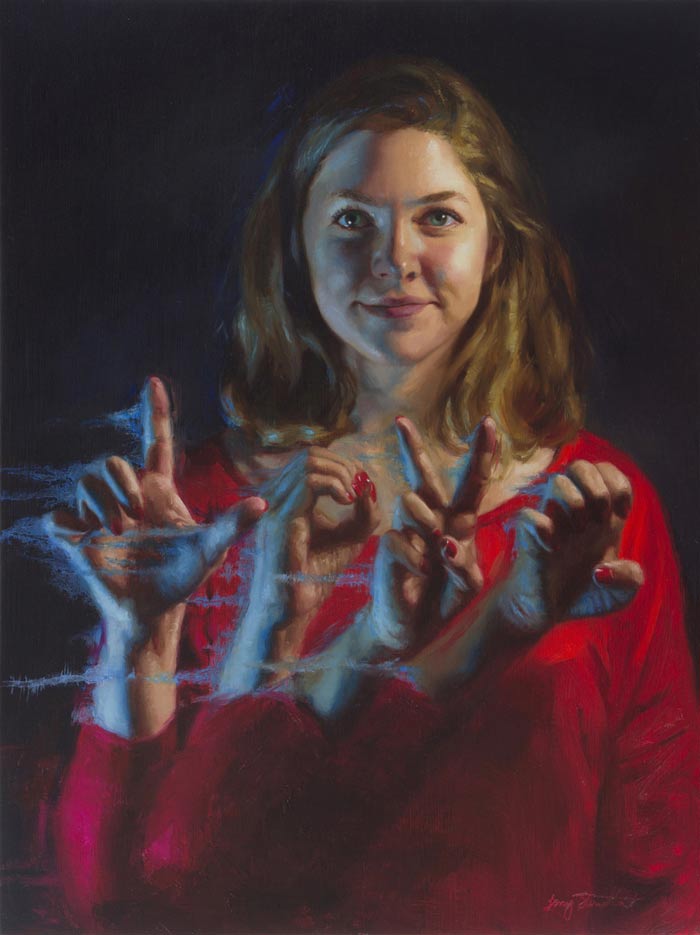 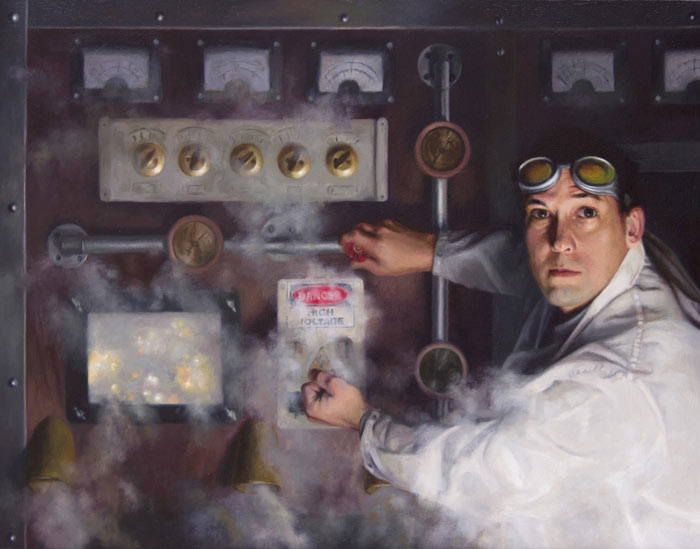